“When You’re Going Through Hell…” 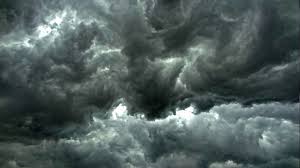 I came across this delicious bit of inspiration on a particularly bad day: tinnitus and hyperacusis were battling for supremacy inside my cranium.  It was hard not to focus on the hellish noise, but these words caught my attention. They even made me smile, because they reflected exactly how I felt at that moment—hellish. And ka-ching! Suddenly my coping mechanisms, which had been cowering behind one of the rocks in my head, kicked into gear.

I shifted my focus to something else, a simple trick which helps minimize my perception of the noise, but decided against another favorite trick—a glass of wine which often helps reduce sound—mainly because I prefer not to drink at 11am.

When you’re going through hell, keep going.  This wonderful quote is widely attributed to Winston Churchill but, according to research by Quote Investor (QI), Churchill didn’t actually write it.  A best guess, also according to QI, was found in a 1940’s issue of the “Christian Science Sentinel” journal of Boston, Massachusetts.

Someone once asked a man how he was. He replied, “I’m going through hell!” Said his friend: “Well, keep on going. That is no place to stop!”

I liked that quote even better, because it struck my funny bone. But really, where was the poor guy supposed to go next?

Regardless of how long we’ve had our hearing-related problems, there are times when the frustration can drive us to our knees. We let our head fall into our hands and think, “Why me? Why isn’t there a cure? Do I have to keep doing this for the rest of my life?”

The answers:  Who knows. They’re working on it.  Maybe.

Personally, I think these answers are rather positive. Certainly less negative than: Because you deserve it. There will be, but probably after you’ve passed.  Yes.